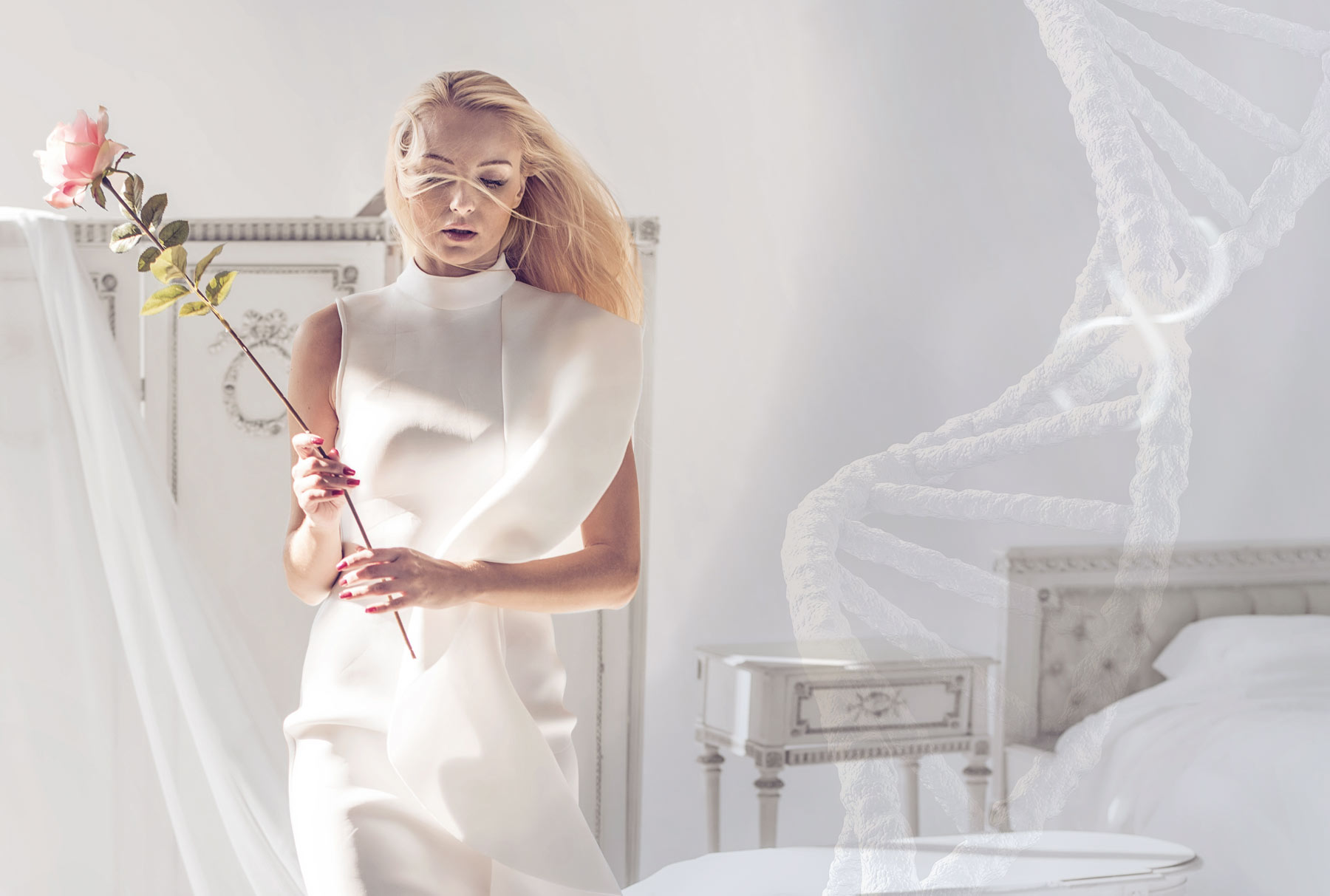 Deoxyribonucleic acid, or DNA, contains all genetic information in cellular organisms. Therefore it is a crucial molecule for life and reproduction, as its structure codes all the processes and functions carried out in our bodies, even determining their shapes or appearances.

Most of our DNA is localised in the information centre of the cell - the nucleus, from which it passes required pieces of information to the other parts of the cell whenever needed.  After getting out of the nucleus, this information is used as an instruction for the synthesis of specific proteins - which serve as machines performing all the necessary functions from movement, digestions to scaffolding and giving shapes to cells, organs and, in turn, to the whole body.

DNA is made up of three compounds - phosphoric acid, deoxyribose and nucleobases, repetitively connected all together in a long chain. Two of these chains twist around each other to form the typical DNA double helix structure, which is further twisted and wrapped to form a chromosome. The number of chromosomes is specific for each species and for instance humans have 23 pairs.

The research of DNA started in the 19th century when it was first isolated from wounds bandages. In the first half of the 20th century, it was determined that it is the very molecule of DNA, that contains the hereditary information passed from parents to their offsprings. This finding ignited further interest in DNA, culminating with the discovery of its structure in 1953 and cracking the DNA code in 1961 - both revolutionary discoveries justly rewarded with two Nobel prizes several years later.

The advancement of science in the field of genetics and DNA continuously increases importance of the DNA molecule. For instance, DNA analysis is used in diagnostics of certain diseases or finding predispositions to other diseases. DNA therapy (a substitution of the damaged gene with a working one) is a promising new tool, which may save or improve the lives of millions of people around the world. DNA also helps with paternity testing and DNA traces left at crime scenes can serve as evidence for identification.

The usage of DNA is not only limited to medical or biological purposes. After all, DNA is an informational molecule and as such, it can be used as a memory storage material with an enormous capacity. One gram of DNA can store a staggering 1,000,000 GB (an equivalent of more than 300,000 HD movies!)