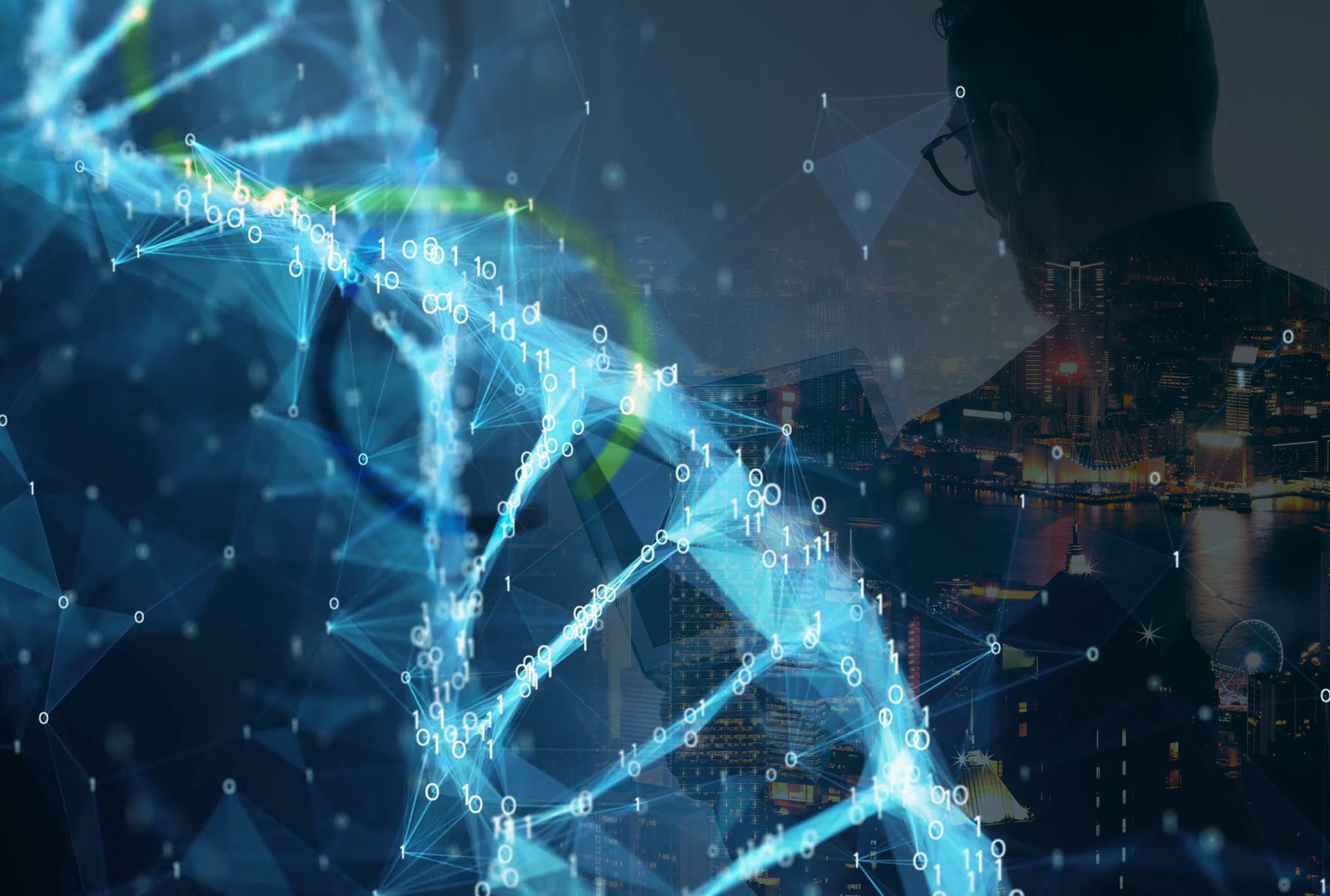 The first person to explore the field of heredity was Johann Gregor Mendel (1822-1884). This Augustinian friar of St. Thomas’ Abbey in Brno carried out hybridisation experiments on differently colored varieties of pea plants during the second half of the 19th century. Using crossbreeding, he observed hereditary traits (colour of seeds, flowers and immature pods, shape of seeds and pods, plant height, and flower position) to prove that heredity is real.

Analysing his results, he found that it is not the traits that are hereditary but the invisible factors (now called genes) that determine the traits of an organism. These observations were summarised in his work “Versuche über Pflanzen-Hybriden” (1866). His publication was not well received during his lifetime, but it has became an important piece of scientific literature later. At the beginning of the 20th century, according to his research, Mendel's laws of inheritance were defined, describing the rules for passing on hereditary traits. So the basis for a new scientific discipline - genetics was laid.

In 1869, a Swiss physician named Friedrich Miescher discovered the DNA molecule. He isolated it from human white blood cells and named it nuclein. However, conditions did not allow him to isolate a sufficiently clear sample, and so his research did not continue.

American biologist Barbara McClintock conducted further research in genetics. She was the first person to describe chromosomes in maize, and how they change during cell division. The turning point came in 1930, when she observed and described the exchange of genetic information between two homologous chromosomes (the so called crossing-over) during meiosis – a mechanism where a single cell divides, leaving two cells with half the genetic information of the original.

Another contribution to the discovery of DNA was made by Maurice Wilkins together with Rosalind Franklin, who studied the structure of molecules. In 1951, Rosalind Franklin was the first person who took a clear crystallographic picture of the DNA molecule. Despite the fact that Wilkins and Franklin did not get on well with each other (he thought she was hired to be his assistant, while in reality, she was given the position of team leader), their co-work brought science closer to the discovery of DNA structure.

Their research was completed by Francis Crick, a Cambridge University graduate, and James Watson, an American scientist. They made the discovery of DNA! Working at the same university, these two were sure that if they understood the structure of DNA, they would also find out how hereditary information is passed on from one generation to another. Scientists all over the world were eager for such a discovery. With the help of Franklin and Wilkins’ knowledges, Crick and Watson finally found the missing part of their research, and thus they introduced the double-helix structure of DNA in 1953. From this one of the most significant discoveries of the 20th century, new researches in the field of genetics have begun to develop at an incredible pace and their listing would not fit in our list. Crick, Watson, and Wilkins were awarded the Nobel Prize in Physiology or Medicine in 1962. Scientists claim that the most essential part of the research was made by Franklin and Wilkins. Unfortunately, Franklin died in 1958, 4 years before the Nobel Prize awards ceremony.

Mostly thanks to the hard work of the above-mentioned scientists and many others, we at Chromozoom are now able to make people's lives significantly better by revealing the secrets of their DNA and uncovering their potencial or healthy risks. We are grateful to them.